I recall writing one of the first posts to be published here when I was in Rome, not knowing that a few months later it would be part of Rodei.

12 things that I learned about traveling solo was the second article to be published and it is one of the top ten most accessed posts so far. It’s about trivial things which seem to be part of the routine of travelers, but once forgotten they shall reverberate its usefulness ‘til the last minutes of the trip.

Things you’ll learn by traveling on your own are learned by meritocracy. The wisdom of those who fly solo is substantial, it is conquered knowledge.

For the past few days I’ve been reading some lists which cover the deepest changes that traveling alone has caused in those who decide to go solo – and I felt ready to write my own: 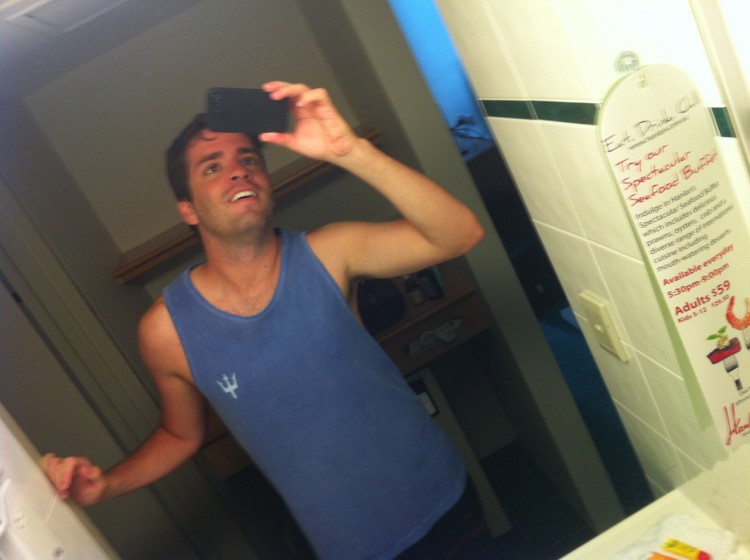 You’ll get smarter. Traveling for days, weeks, or months on your own makes it impossible for you not to be connected to yourself, to others, and to what happens around you. As a group, we tend to share not only the pleasures, but also the obligations, which allow us to turn on autopilot from time to time. Alone, sooner or later we learn to organize ourselves, check, double-check, question and intuit in a more practical and attentive way.

You’ll get more confident. How could you not trust the guy who crossed Europe day after day with the same success of those who cross Paulista Avenue? As time goes by, the first-time traveler starts to pile up experience without noticing he or she is becoming an expert on boarding, landing,… Since confidence is proportional to chutzpah, we motivate ourselves to always go farther. We start walking on foreign land as though we were home: we change our posture, the way we walk and the way we talk.

You’ll relax, guilt-free. You’ll learn to value a night well-slept; you’ll eat less in more time. You’ll visit fantastic places such as churches, museums, and ruins, but you’ll find out that nothing beats the lawn of a public park or the outside tables of a best-café-in-the-world minutes before the sun goes down.

You’ll leave fixed ideas behind. You’ll notice that there is no bed, food or friends like the ones you have back home, but those who are smart soon realize that many dwell, eat, and live together perfectly well out there. When we realize that the best of a new place is the possibility of leaving old habits behind, we learn to deal with new hypotheses, different possibilities. Make do with what you have: if there is no flight, catch a train. No train? Take a bus! Missed the best museum in the world? Get to know the best square in town!

You’ll become more approachable. Keeping the smart-button on, step by step you’ll talk to strangers, make new best friends, and drink with people you swear you’ll hang with the next day – even if you only remember the night before with the help of pictures. When we lose the uptightness of daily life, those surrounding us see they can get closer, and this is how we meet new friends. There are people who are totally different from us or from the ones we’re used to: you’ll leave behind old prejudice, and that will make you someone truly global.

You’ll become more interesting. You’ll know the capital of the Czech Republic. You’ll know how to say ‘beer’ in many languages. You’ll know which countries require a Visa, what language is spoken in Brussels, whether or not there is a king in Portugal. Shopping won’t be interesting any longer. Traveling with just one suitcase and spending most of your money in attractions and beer, shops will lose their charm. You’ll have friends all over the world, and will listen to foreign music drinking with locals. You’ll be proud of the tours you took, the trips which worked out just fine, the choices you made and the opinions that changed.

Traveling solo is in itself a great journey. I know it might sound tacky, especially when I’m about to end the text, but you were warned: when traveling solo, the first stop is always within ourselves.

This is a guilt-free translation of the original 7 coisas que você irá aprender viajando sozinho. Rodei is a Portuguese written blog with some English written charm. To know more about the blog, please visit rodei.com.br/about

Atualizado em 31 de março de 2017 por Thiago Khoury Trip mates: choose well. Choose the right guy to magically reduce the chances of disappointment. The friend who cracks jokes during funerals might not be […]

Atualizado em 4 de dezembro de 2017 por Thiago Khoury Be organized. You may spend days looking for the best airline tickets, searching the highly ranked hotels or spend a little fortune in a picture […] 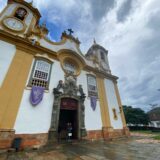